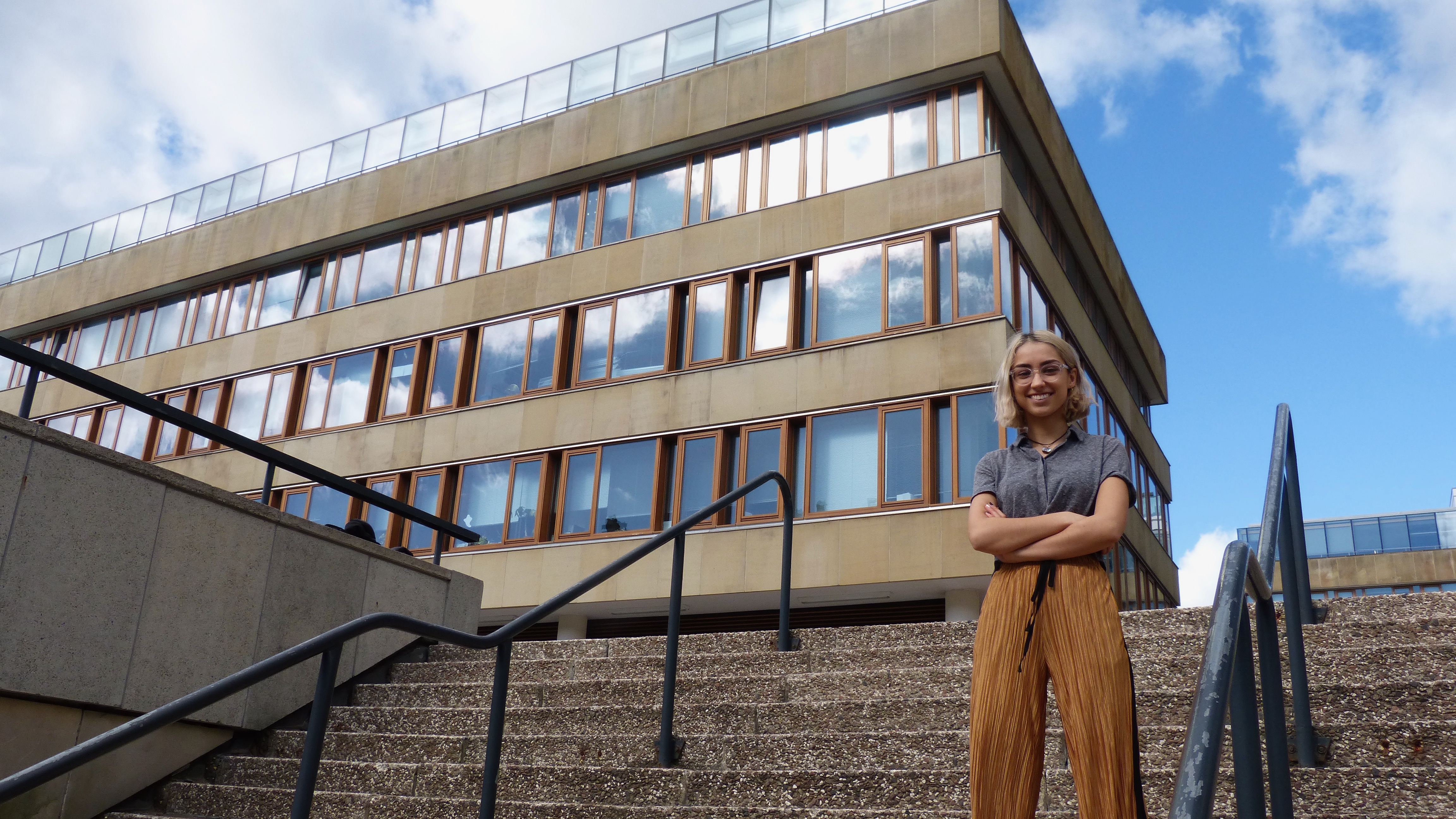 "As a physicist, I realised I could provide
a new outlook on problems that could
help to provide solutions."

‍What was your very first impression about HYPED?
‍
After getting back from my year abroad last year, I realised I had never really gotten involved in any societies in my time at Edinburgh, and I wanted to experience that. I wanted something that I could work hard towards and get really involved in. I first heard about HYPED at the Fresher’s Fair this year and I went to the first meeting of the year. Obviously it peaked my interest due to the Space X competition, having always been really interested in the space industry I was surprised I had never heard of it. It seemed like this was a very unique thing to be a part of; in that everyone on the team came across as very passionate and hard-working, and it was made clear that it was going to be a lot of work, but with great reward.
‍
Which team are you in? What is your role? Your responsibilities?

‍I'm in the Pressure team within Static team; we design the carbon fibre pressure vessel that will hold the dummy at atmospheric pressure. My main responsibility has been to source the seals for the pressure vessel. I'm also working on the Beta project; we are researching the development of Hyperloop technology over the last few years and also where it could be going. Finally I help coordinate the social media platforms. This was a surprising opportunity that I did not expect to come out of being in HYPED. I have always been interested in social media and creative content; finding a way to do this within STEM has been brilliant! I am also grateful that this platform has given me the opportunity to promote ideas close to me, including advocating for more Women in STEM.
‍
How do you see the future of HYPED?
‍
HYPED is in a very unique position right now as it is one of the only places in the UK where Hyperloop technology is being developed. We need to take advantage of this gap and solidify our position as the foremost experts of the technology in the UK. Whether this will be through creating a spin-off company or a nation-wide outreach competition, or both, we are starting to make a name for ourselves, and we need to take advantage of the recent increase in public interest that people such as Elon Musk have created.
‍
How do you see the future of Hyperloop technology? What are your predictions/expectations?
‍
I believe any futuristic technology of this nature provides an accelerator for technological advancements in many areas, even if the original purpose for the technology is not realised. At first I was rather sceptical of Hyperloop becoming a reality, especially in this country. However, as I became more involved in HYPED, I started to become more invested in working towards making Hyperloop a reality and began to see that it could be achieved. In the end, without pushing the limits we would never have been as technologically advanced as we are now; sometimes the greatest leaps forward involve the greatest risk. I can see parallels between Hyperloop technology and the space race; everyone thought they were crazy to try and build a rocket and shoot people into space. But now the space industry is one of the most technically advanced and inspiring fields, with countless spin off technologies. I see there being a future 'transport race' with Hyperloop, and I hope to be a part of it.
‍
What is the most challenging for you in HYPED?
‍
As I am not an engineer I was initially hesitant about how much I could contribute. However, as a physicist I realised I could provide a new outlook on problems that could help to provide solutions.
‍
What do you like the most about HYPED?
‍
The interdisciplinary nature of the team, working together to solve problems, learning new skills both technical and managerial, interpersonal communication, marketing, networking. Using my own skills such as communication and not just my academic skills.
‍
Your most memorable moment or story in HYPED?
‍
One of the most memorable moments for me was being selected to go to the Innovate UK conference to represent HYPED after only being a part of the society for a couple of months. The experience was invaluable; we got to speak to industry experts about Hyperloop and get a sense of how they felt about the technology.
During the conference I was video interviewed by the media team, something I had never experienced before! The video ended up being tweeted out by the UK Scottish Government; this made me realise how HYPED can provide such a far-reaching platform, mainly because we are doing something quite unique in the UK.
‍
Has HYPED affected your personality? If so, how?

Before being involved in HYPED I was only really passionate about the space industry. I never thought I would be as passionate about anything else until I joined HYPED! I have definitely become more confident in my abilities after being part of the team; it's made me realise that if you just work hard at something and persevere you can excel at anything you put your mind to!