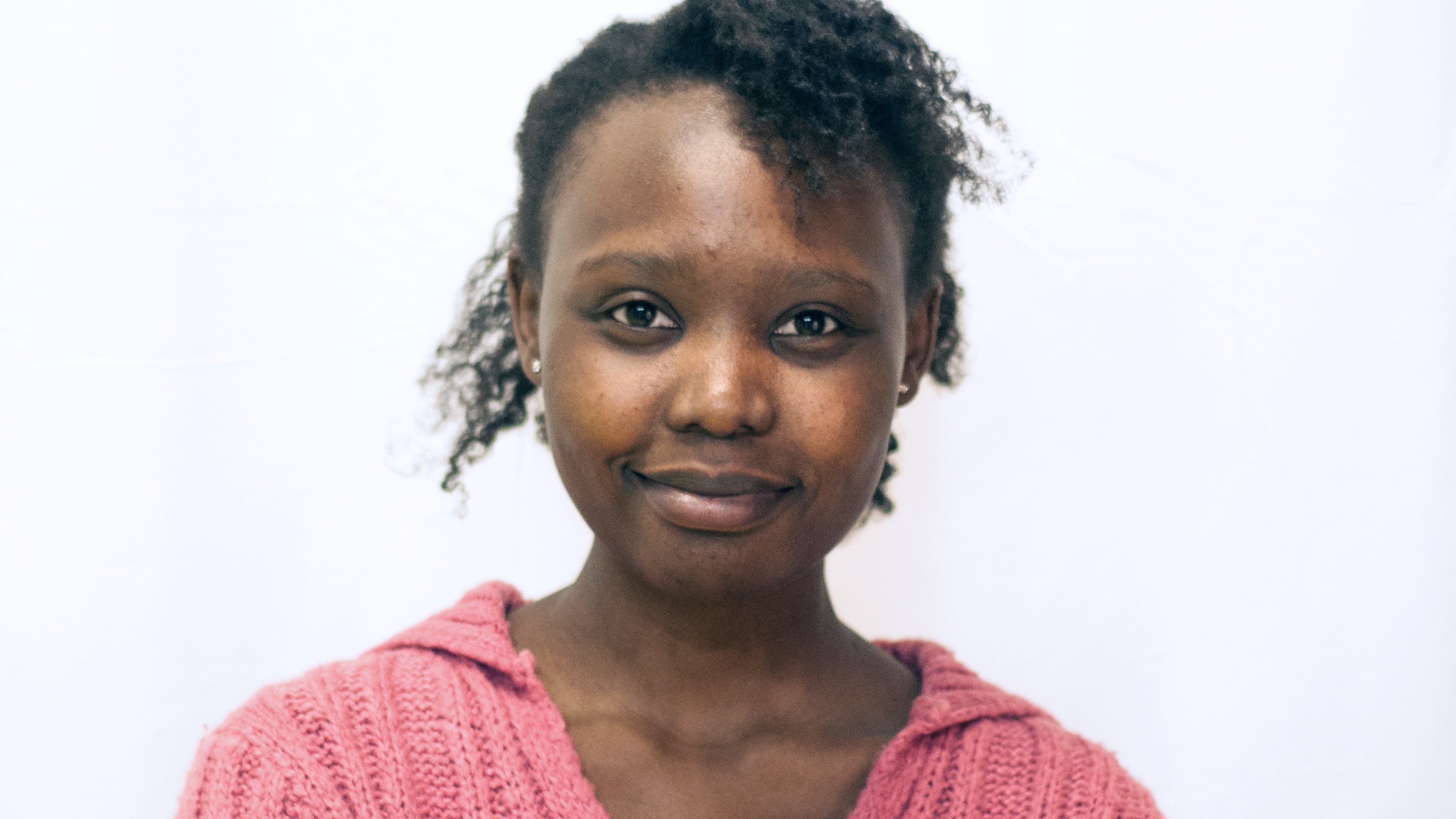 "Dissemination of STEM needs to be
more adjective-based to encourage
more girls."

‍I am a second year Civil Engineering undergraduate student at the University of Edinburgh, interested in, between others, the sustainable coexistence of societies.

I am grateful for having grown up in Nairobi, Kenya at a time of an accelerating pace of technological change. Most of my extra-curricular activities in school were about using new technologies to implement positive social change in my community. I then went on to take some time off after graduating from secondary school. Working with Jamlab, I organised and facilitated high school workshops on open educational resources and design thinking. I also co-founded ANIKA, a group of spoken word poets aimed at creating more youth led discussions on societal issues through the arts. I organised monthly forums that brought together arrays of creatives, activists and innovators engaging in deeper discussions on individual and community based societal change. Working with the arts while at the same time being technology savvy allowed me to better understand and act on the societal challenges I had learnt about in secondary school.

I then decided to study Civil Engineering, because of its interdisciplinarity and the massive impact infrastructure has. I was therefore keen to be a part of HYPED as soon as I learnt about it. I found the hyperloop idea very innovative and complex, and went on to join the Commercial team in my first year.

Between then and now, I had to deal with various commitment clashes that led to me taking a break from HYPED. For instance, I was a consultant in FreshSight, a third-sector  student run consultancy, in the first semester of my second year. Since then, I shifted to the Outreach team which has been an amazing growth journey. The most recent experience that highlights my key takeaways was attending the STEM Learning conference in London, on Tuesday, March 6th, 2018. The conference provided the Outreach team front row tickets to learn about teachers’ and industry experts’ experiences in STEM engagement within schools. This helped underscore and confirm the groundwork the Outreach team has been doing over the past months, in developing secondary school workshops and a national competition aimed at engaging pupils in STEM by using the Hyperloop as a context.

To reach our aim of giving girls the confidence of picking STEM subjects for their GSCEs/National 5s, we found it is important to underscore the societal impact of engineering and the diversity of career paths after an engineering degree. Teachers insisted on the role that families have in building the “science” capital of children from a young age. As parents encourage the child’s STEM initiation at home, it also needs to be supported by contact with role models such as school alumni and STEM ambassadors.

Teachers also shared different activities that had led to various levels of success in engaging their students in STEM activities. These included the use of competitions and rewards, robot development and online simulation programs as well as the incorporation of gaining additional certifiable skills such as leadership while engaging in STEM activities.

One last important aspect that was tackled at the conference was Gender and STEM. Dissemination of STEM needs to be more adjective-based to encourage more girls. Adjectives link on more to personality traits than verbs. Finally, the importance of relating non-traditionally STEM topics that are, unfortunately, still stereotypically female was advanced. An example of this was given by a teacher who invited a material scientist to a clothing design class. While this approach won’t overthrow the gendering of professions, it will in the short-term raise the awareness of STEM outside its typical domain.

As HYPED Outreach, we left the conference inspired to take the Outreach programs to the next level, with even more intent and direction so as to inspire the next generation of engineers. I was positively challenged to further develop my understanding of practical ways of increasing diversity within engineering. I also gained an affirmation of engineering being a huge tool for collaborative sustainable change which I hugely look forward to engaging more in, within as many communities and contexts across the globe.